SSP Cross Country QEGS 8th February 2020. Congratulations to all who attended - our results were fantastic with 3 children qualifying for the next round.

Yr 5/6 Sportshall Athletics QEGS 20th January 2020. We took two teams to this event for a packed afternoon of field and track events. The performance of all children was fantastic and we qualified for the SSP round - well done!

Y 5/6 SSP Basketball at QEGS. A fantastic win for our basketball team who have qualified for the Basketball County Finals in March Well done!

Year 5/6 Mixed Basketball QEGS 7th January 2020. Well done to all 4 basketball teams for winning their pool games resulting in Osmaston qualifying for the SSP Basketball.
Year 5/6 Mixed Tag Rugby November 2019. Well done to all four teams that took part in the mixed tag rugby tournament at QEGS playing fields. Our B team came third and our  A team won the tournament.

SSP Year 5/6 Girls Soccer 23rd October 2019. Our year 5 & 6 girls had a fantastic soccer tournament at Anthony Gell School. They qualified for the final playoff through goal difference and then played an extremely close match against Wirksworth. Wirksworth scored in the final minutes of the game meaning our team were silver medallists. Congratulations girls!

SSP Mini Soccer Y5 / 6 9th October 2019. Our soccer teams played fantastically winning our pool through penalties to qualify for the final rounds. The final matches were extremely close ending in no result! We then had to play the games again resulting in a well deserved 2nd place. Congratulations to all involved.

Mini Soccer Y5/6 Girls 7th October 2019. Well done to all 3 girls soccer teams for a fantastic afternoon of soccer resulting in our A team coming joint first and receiving a badge.

Mini Soccer Year 5/6 3rd October 2019. Our A team won three of their four games very convincingly, the B and D team won or drew each of their matches and the amazing C team won all of their matches. Well done to all 4 teams for a great afternoon of soccer.

Congratulations to the year 5/6 hockey teams who took part in the SSP Hockey finals on the 1st October 2019 . The A team won their matches very convincingly to become champions and the B team had some very close games, finishing fourth overall. Well done! 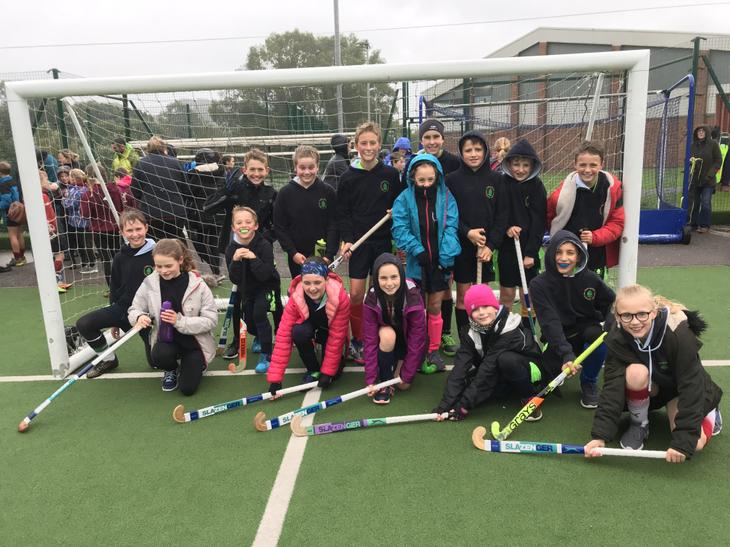 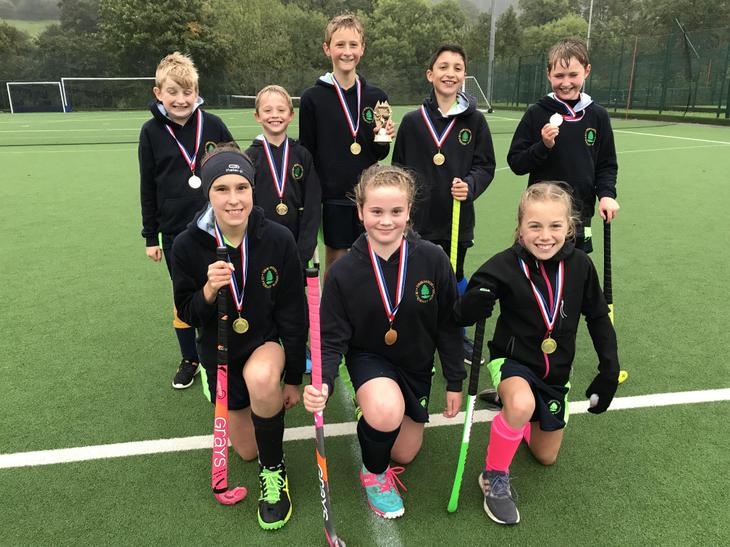 Congratulations to the year 5/6 pupils who took part in the QEGS mixed hockey competition. All four teams won their pools and all children received a badge; well done!

Children in Year 3 and 4 enjoyed taking part in the QEGS Sporthall Athletics Festival. Congratulations to them all, as out of 10 teams Osmaston A came 1st and Osmaston B came a very close 2nd.

Year 5 and 6 Rounders Tournament at QEGS 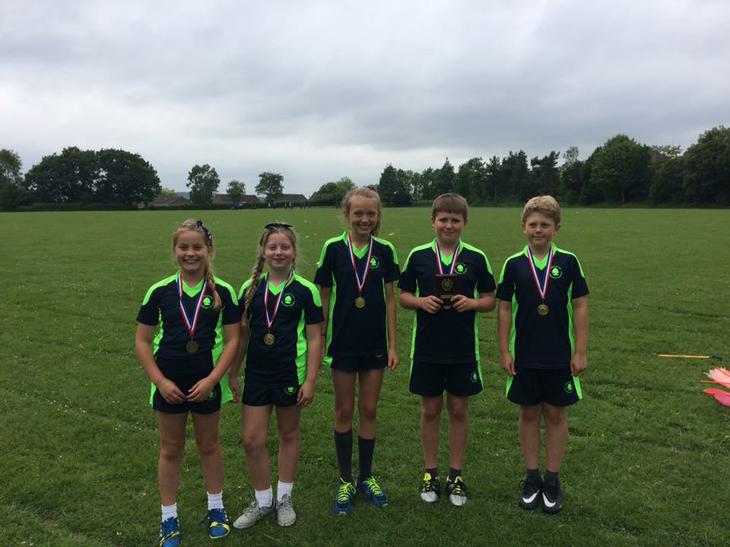 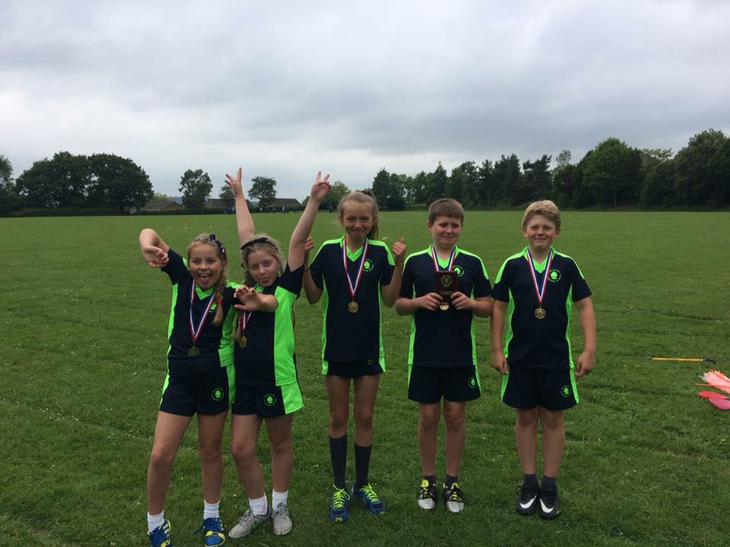 Year 5 and 6 Cyclo-cross, Friday June 16th. Well done to all involved, we were very pleased to take 2nd place!

Year 5 and 6 Netball Festival at QEGS 18th May

After winning the Cluster event and then the Partnership tournament, Osmaston CE Primary School qualified for the County Final, held at Derby Arena on the 16th May 2017, representing Rural Derbyshire. The standard of netball was extremely high, resulting in very close games that were played in a very good spirit, but competitively.

Osmaston CE faced St. Andrews first, winning comfortably 4-1, which settled a few nerves! The team continued to play superbly, winning the next three games against Glebe, Willington and Bishop Lonsdale.As a result, Osmaston faced Loscoe in the semi-final. This was a very close game, but Osmaston CE came through to take victory 1-0.

The final was against Oakwood School, last year’s champions. Osmaston CE went ahead 3-1, playing brilliantly. However, nerves kicked in, and Oakwood managed to level the score at 3-3. After a few tense minutes, Osmaston found that winning goal, to win the competition and be crowned Derbyshire County High 5 Champions 2017.

A huge well done to the team:

Thank you also to Miss V.Clarke for taking the team and managing them on the day, and also to their coach and teacher, Mrs L Simpson-Allsop. 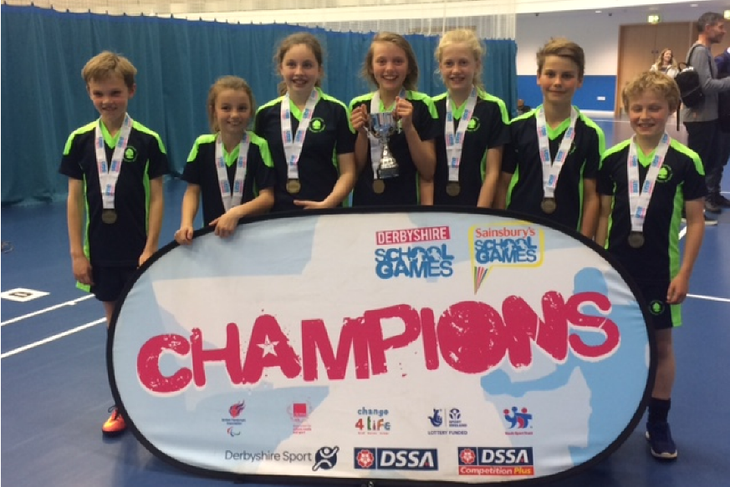 Well done to the children who took part in the Year 1 and 2 Football Tournament. You all played brilliantly!

This means we were the top school for sport out of all the Primary Schools in Derby City and Derbyshire in 2015/16. It really is a tremendous achievement and we are very proud. 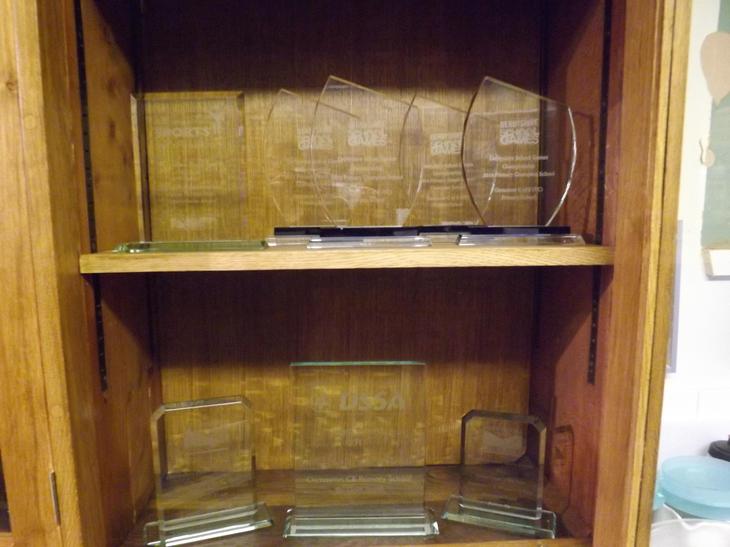 We Have Had 2 8 9 2 4 Visitors
Due to a large Yr 6 cohort leaving this year, we have some places available in other year groups in September. If you would like to speak to the Headteacher about your child attending our school please e-mail info@osmaston.derbyshire.sch.uk. School is now closed to all children apart from children who are vulnerable, and children whose parents are critical to the COVID-19 response and cannot be safely cared for at home.For the latest government advice please email DfE.coronavirushelpine@education.gov.uk For the latest advice from Derbyshire County Council please see their website www.derbyshire.gov.uk/coronavirus For useful information relating to Coronavirus and activities to do at home, please see the useful information section on the Parent page of our website.
Teaching Aliance
Top
Cookie information
Cookie Notice